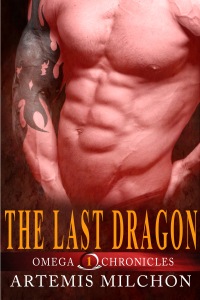 Sally has never felt truly wanted. Not by family, friends, or the few men who ever took notice of her. But a single night out changes her life forever. She is abducted from a bar into a world she couldn’t have imagined, and there she meets Drake, a gorgeous stranger with a mysterious past. As she falls under his spell, she must confront every insecurity she’s ever had about herself. But Drake has much more to conquer than just Sally’s fears. An ancient enemy has followed him, one that threatens all of the Omega Lords, and he discovers that Sally not only holds the key to his heart, but to the very survival of the Clans.

As a relentless foe works to end the Omega for all time, Drake has to convince Sally that she is worthy of love; she in turn must accept what she once thought was impossible. The fates of all the Clans are in their hands. Failure means certain death. With a world in the balance, can one woman find the strength to believe?

I love to be social!