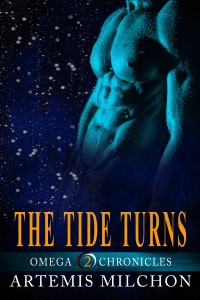 M.J. Storm was a force of nature. Strong. Artistic. Caring. And her world was falling apart. Living in the run down racing track, she was desperate to get herself and her foster sister, Squirt, out of the tyrannical Razor’s control and in a better situation. Going to the club to pitch Squirt’s engine to some of the top drivers had seemed like a good idea. It might have been if someone hadn’t decided to kidnap her.

Aquos was dying. The balance Sally had brought to their world hadn’t helped him. His body was giving out and he knew it. When Turbo brought a bruised female to Sanctuary, he was surprised to find his spirit was as strong as ever. Which left him with one question … why would a woman as beautiful, smart and strong as M.J. ever want a dying Clan Lord? Two souls, each with their own insecurities, must realize that their true worth lies in the immeasurable power of love.

Trouble continues to stalk the grounds of Sanctuary. A mysterious female haunts their leader’s dreams and the architect continues to develop his plan to end the Clan Lords for eternity.

No matter how many problems they face, the Clan Lords have each other, and their brotherhood is enough to conquer any obstacle, because M.J. Storm is a surprise no one is prepared for, and the tides are about to turn for them all.

I love to be social!